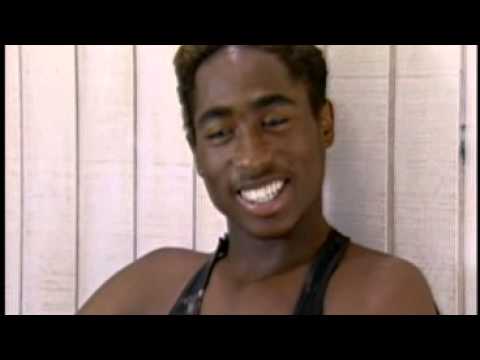 Who says thugs have no heart? TMZ has discovered a love letter that the late Tupac Shakur wrote to a girl in his high school drama class. While the identity of the woman is being kept private, he refers to her as Beethoven in the note because she played the piano. The letter is being sold for $35K.

Tupac pours his heart into the handwritten note, highlighting their shared love of Prince music, and being outsiders.

The young woman says that she was attracted to Pac because he was different from the other boys in the California school, having just moved from Baltimore.

“Instead of Adidas sweat suits and gold chains, he wore leather Africa medallions—a style that had not caught on yet on the West Coast,” she writes in a letter. “And he had a high top fade, bleached blonde at the very top, instead of the popular curl that was in fashion at our school at the time.”

The letter is dated November 1988 so Pac was just 17 years old. He signed the touching letter “4 Eternity” with his phone number and admits to being a bit emotional and longwinded.

The auction house Moments in Time has sold off other Tupac letters in the past, including his “Advice to young black men in america” written while he was incarcerated at Clinton Correctional Facility in 1995.