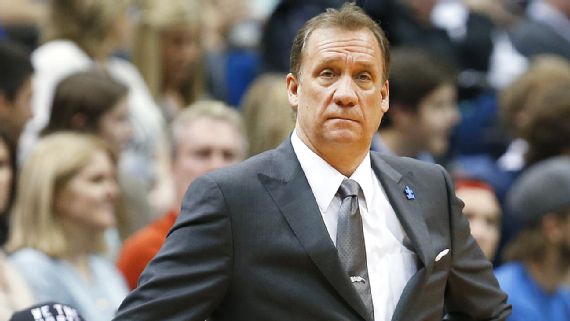 Flip Saunders, who tallied more than 1,000 victories over a 35-year coaching career that included successful stops with the Minnesota Timberwolves andDetroit Pistons, died Sunday of cancer at age 60.

He also coached the Washington Wizards during a career that spanned 17 seasons as an NBA head coach and a 654-592 record.

Saunders announced in August that he was being treated for Hodgkin lymphoma. Doctors considered it “very treatable and curable,” and Saunders at the time said he planned to remain the Timberwolves’ head coach and president of basketball operations. However, he was hospitalized following a setback in September, and it was announced Friday that Saunders would miss the entire 2015-16 season.

“The NBA family is mourning today over the tragic loss of our friend and colleague, Flip Saunders,” NBA commissioner Adam Silver said in a statement. “… Flip’s untimely passing has left a gaping hole in the fabric of our league. Flip was a beloved figure around the NBA, nowhere more so than in Minnesota, demonstrating a genuine and consistent passion for his players, his team and the game. On behalf of the NBA, we offer our most sincere condolences to Flip’s wife, Debbie, their four children and the entire Minnesota Timberwolves organization.”

Saunders first became an NBA head coach in 1996 with the Timberwolves and eventually led the team to eight straight playoff appearances. A standout offensive coach, Saunders specialized in coaching point guards. But perhaps the player he had the greatest impact on was a big man, a wiry kid who came straight from high school in 1995 named Kevin Garnett. Under Saunders’ tutelage, Garnett developed into one of the best players in the NBA and eventually an MVP.