END_OF_DOCUMENT_TOKEN_TO_BE_REPLACED

After a 19-year NBA career in which he twice won MVP honors, tallied the third-most assists in league history and assured his place in the Hall of Fame as one of the greatest point guards ever to play the game, Steve Nash formally announced he is walking away from the game Saturday in a letter published on The Player’s Tribune website.

“The greatest gift has been to be completely immersed in my passion and striving for something I loved so much — visualizing a ladder, climbing up to my heroes,” Nash wrote. “The obsession became my best friend. I talked to her, cherished her, fought with her and got knocked on my ass by her.

Jeff Gross/Getty ImagesSteve Nash won back-to-back MVP awards in 2005 and ’06 and finishes his career as the most accurate free-throw shooter in NBA history.

“And that is what I’m most thankful for in my career. In my entire life, in some ways. Obviously, I value my kids and my family more than the game, but in some ways having this friend — this ever-present pursuit — has made me who I am, taught me and tested me, and given me a mission that feels irreplaceable. I am so thankful. I’ve learned so many invaluable lessons about myself and about life. And of course I still have so much to learn. Another incredible gift.”

END_OF_DOCUMENT_TOKEN_TO_BE_REPLACED 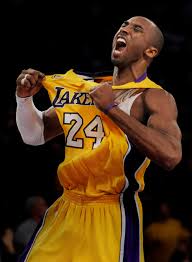 When asked whether he has considered retiring at the end of this season, one year before the end of his Lakers contract, he nods his head in agreement. […] “I’d be lying if I said that it hasn’t crossed my mind,” he says. “Right now I doubt it … but anything’s possible.” […] “My body is hurting like crazy, around the clock, and if I don’t want to do this anymore, I won’t do it,” he says.